Stockholm, Melbourne, New York City are just a few of the cities where Swedish House Mafia posters appeared teasing the release of a new tune, ‘Lifetime’ on Friday 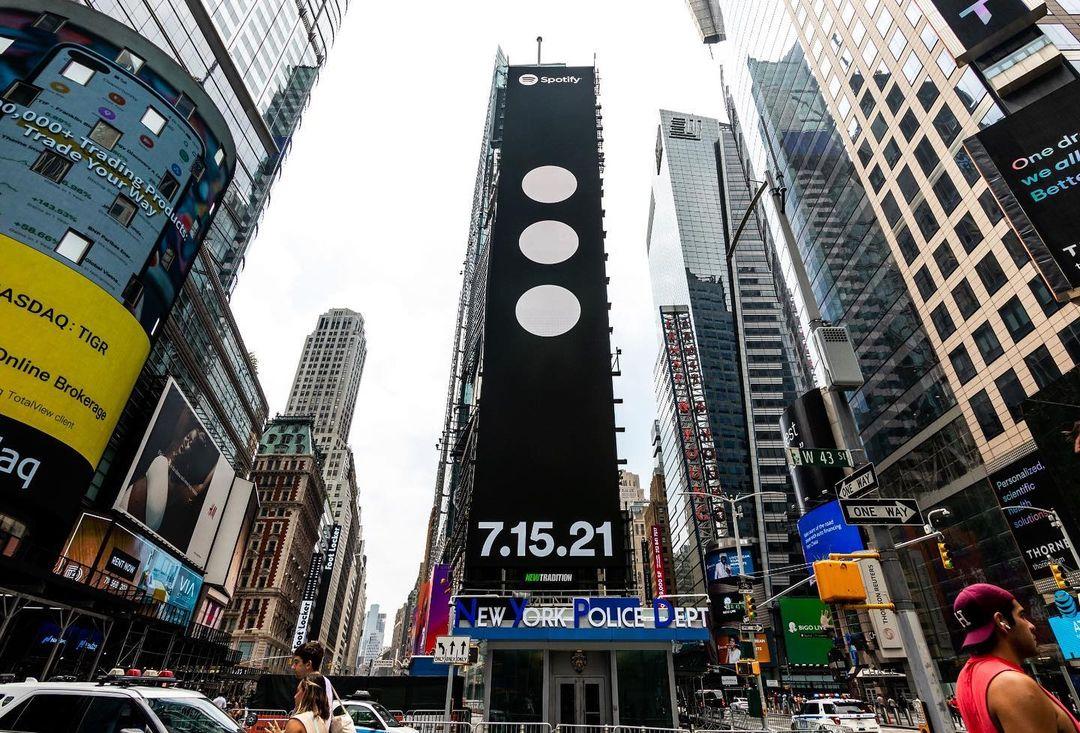 It’s been more than five months since their last appearance online but Swedish House Mafia seem to have something ready to show the world. Some days ago a poster pointing at this Friday appeared in Melbourne, Australia. Emails from a PR agency were sent talking about some sort of announcement this Friday; now, the official Swedish House Mafia website has been updated for the first time in two years.

But, let’s start from the beginning. What we actually know?

Swedish House Mafia has just shared their first official picture on Instagram. The long-awaited first single after 9 years, It Gets Better appeared on Beatport for a couple of hours and then disappeared. The trio officially announced an album is coming later this year tho.

Jordi Presa via his Instagram stories has announced that a video will be out tomorrow, the 14th of July 2021. He also specified that will be released at 3 pm Stockholm local time but, who is Jordi Presa, and is he legit?

GKLTD W aka Jordi Presa is an Ibiza based videographer; he has worked on a series of video campaigns including the visuals for Magnificence Encore EP on Axtone, the 2019 STMPD RCRDS Recap, a campaign for Palm Angels and he has directly worked for Swedish House Mafia during the reunion tour according to his website.

The first sign after the famous Friday’s live stream came out some days ago when a poster similar to the ones that appeared in Miami for the reunion, popped out in Melbourne Australia. The funny thing was the poster was close to those of Rufus Du Sol (the Australian group is also planning to release some sort of new music in the following months).

The Swedish House Mafia poster was in line with the aesthetic of the group, showing the three dots in the middle with a date below them: 16 07 21. The font matches with the one used for the materials until now. At a first glance, people thought about some sort of fans’ joke as it has been the only poster that appeared during this period of time. The pics started to circulate on social media reaching Axwell, who has liked several posts on Instagram about the poster.

PR agency sending out emails about an announcement

If the posters weren’t enough wired, on the same time frame, media outlets started to receive emails from a certain Josh Karpf (Digital and Social Media at Keurig Dr Pepper) asking to post a couple of Swedish House Mafia videos and talking about a “profile awareness campaign” with “no specific track to push”.

According to Mr. Karpf’s Linkedin profile, he was the Global Director of Marketing for Spotify between 2013 and 2016. He now works as Digital and Social Media for Keurig Dr Pepper, which is a leading beverage company in North America, which seems to have nothing to do with the electronic music field.

Again, according to the email sent by Josh Karpf, both EDM Nomad and EDM.com has shared the videos provided (both available on their respective Instagram accounts).


Proximity pointing out about a new track coming Friday

To spice up things a little bit, the legendary EDM YouTube channel, in a tweet announced a brand new Swedish House Mafia track coming this Friday. Over the years Proximity has been considered a trusted source in matters regarding the Swedish trio as they leaked the reunion show in Miami.

Swedish House Mafia is releasing a new record this Friday confirmed by a source close to the Swedes. 👀 pic.twitter.com/X7OkBSI21n

A big billboard, showing the famous three-dot logo and the 15 07 21 date has appeared in Stockholm, Sweden, today, 12th of July 2021. The different dates from the Australia poster could be linked to the time zone between Australia and Sweden

New posters have been spotted in New York City as well. This time they show a QR code that reminds directly to the SHM official website, www.swedishhousemafia.com. The iconic middle main ledwall of Times Square lights up with the Swedish House Mafia announcement.

As for the first reunion tour, also Mexico City has been chosen to show the advertisement on billboards.

The official Swedish House Mafia website, www.swedishhousemafia.com, has been updated today with the three-dot logo. The website, before the update, was hosting a one-minute-long sort of video recap of the Stockholm reunion show, now vanished in favor of the logo.

The Tonight Show with Jimmy Fallon

Last but not least, the new cover art of the alleged song coming out this Friday has been released. The screenshot comes from an AD poster on Spotify where you can clearly see the artists, title track, and cover art. Lifetime seems to be the track’s name and it features 070 Shake, an American hip hop recording artist, as well as Ty Dolla Sign. This specific track’s title also appeared on last February’s Alexader Wessely live stream. Interesting to see how 070 Shake was also added to the credit for Not Yesterday.

On the cover art, you can clearly see Sebastian Ingrosso, Axwell, and Steve Angello (from top to bottom) in a similar aesthetic that has characterized the Stockholm reunion show.

According to an ATRL.net insider, Mr.S, the trio has changed last minute the track to release. “They switched to another song. This will follow sometime after though.” he stated. This could also be linked to the fact that SHM are no more featured on Jimmy Fallon’s show for Monday.

The article will be updated with more news when they’ll come out. Be sure to turn on push notifications.