Chocolate Puma and Firebeatz teamed up for ‘Blackout’ on Musical Freedom 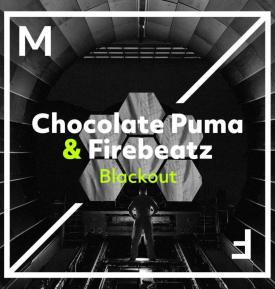 ‘Blackout’ is the last of a long series of collaboration between Dutch duos Chocolate Puma and Firebeatz; with at least 5 records together, the duos seem to have that chemistry that allows them to drop hits after hits without apparent errors and ‘Blackout’ is another of these hits.

Combining Chocolate Puma’s peerless command of house with Firebeatz’ globally renowned talents for melody and fiery production, ‘Blackout’ is a true tour de force that raises the bar for both duos to unprecedented heights.

“Every year we go in the studio to produce something special together. We always have a lot of fun in the studio with each other and we experiment a lot with sampling to create something fresh with every Chocolate Puma and Firebeatz collab.” talking about their collaboration.

Demonstrating impressive production talents from both parties, Blackout mixes house with future house and bass for an inimitable sound. Brimming with pent-up four-to-the-floor energy while underpinned by a grisly, infectious bass line with enough sub energy to leave the world’s most prestigious clubbing spaces shaking for more.

‘Blackout’ has received massive support since the beginning with plays by Dimitri Vegas and Like Mike, R3HAB, Martin Garrix, Afrojack, Lucas and Steve, Swanky Tunes, Dannic and plenty more. Fun fact is that the record has been played for the first time by Firebeatz himself back in 2017 at EDC Vegas.