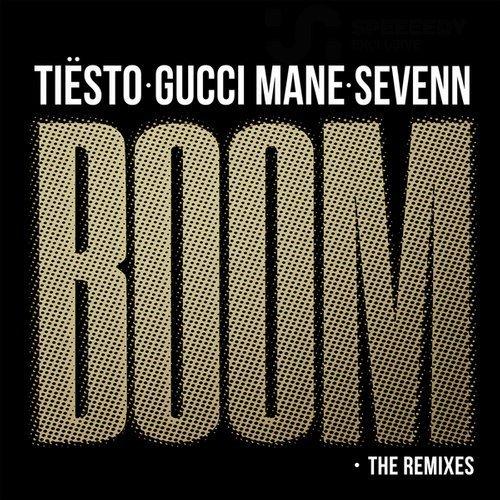 Dropped back in 2017, the original mix of ‘Boom’ had a lot of success both in clubs and festivals so much to be able to boast more than 43 million streams on Spotify. At the beginning of this year, the Trap God Gucci Mane jumped on board adding his own sign on the track. The featuring was released at the end of January and it counts already 20 million streams on Spotify. The original record seems to not become old so, Musical Freedom Boss, Tiesto, has decided to release a remix pack to pump the track even more.

‘Boom’ remix pack is composed of two new versions: Tom Staar and John Christian. As everyone can expect, groove Boss Tom has injected a massive amount of groovy vibes on the original track so much that if it were not for the vocal it might seem like an original. The mix of fast percussion is completed with a top high similar trumpet sound that adds even more power to the record. John Christian version is a pure progressive house remix. He kept to original trap-inspired breakdown adding uplifting melody that converges in full power in an explosive progressive drop.

Both remixes are really well made and give to the original track a real new life. We are sure we’re going to listen to them a lot in the following months. The pack is supposed to be public May 18th but, in the meanwhile, you can have a listen from our friend at Speeeedy EDM Blog below.[/vc_column_text][vc_column_text]