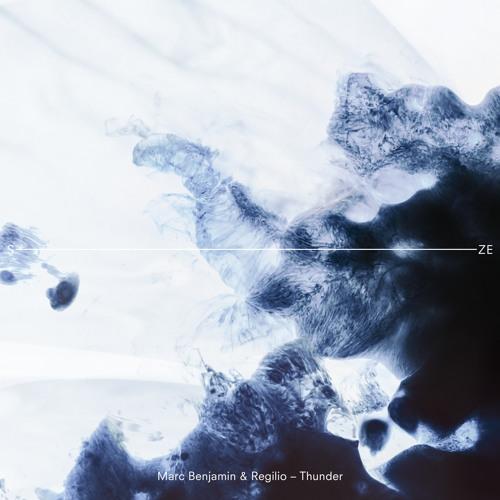 [vc_row][vc_column][vc_column_text]Dutch-Indonesian DJ and producer Marc Benjamin has teamed up with Regilio to deliver high-tempo new track ‘Thunder’, due out on 8th September via Steve Angello’s SIZE Records.

Packing a punch from the off, ‘Thunder’ features an incredibly explosive build-up laced with irresistible progressive chords.

Underpinned by a powerful rhythmic beat, the production is blessed with a suitably thunderous drop and looks set to destroy dance floors upon release after attracting the attention of Swedish dance heavyweight, and SIZE label boss, Steve Angello.

Best known for his remix work and collaborations with the likes of Zedd, Laidback Luke, and Benny Benassi, Marc Benjamin has attracted attention from all corners of the dance music world, having performed at various iconic locations including Tomorrowland, and London’s Ministry of Sound.

Regilio is a part of a new wave of progressive house producers to come out of The Netherlands in recent times. Earlier this year, he teamed up with British DJ and SIZE artist Corey James for their track ‘Front 2 Back’, which featured on Nicky Romero’s Miami 2017 compilation. Regilio recently released his single ‘Body Go’ with Simon Kidzoo, which has been a reliable staple on the festival circuit this summer.

Marc Benjamin and Regilio teamed up for ‘Thunder’ the latest release of Steve Angello’s SIZE Records.

A collaboration formed in the Netherlands, ‘Thunder’ combines a perfect blend of the unique styles of both Marc Benjamin and Regilio. The infectious track is the perfect soundtrack to round off the summer season and will cement both DJ’s as artists to watch.[/vc_column_text][/vc_column][/vc_row][vc_row][vc_column][vc_btn title=”Download / Stream” shape=”square” size=”lg” align=”center” i_icon_fontawesome=”fa fa-download” button_block=”true” add_icon=”true” link=”url:http%3A%2F%2Fsmarturl.it%2FMBRthunder||target:%20_blank|”][/vc_column][/vc_row]