Will K and FaderX team up for ‘Shine’ on Spinnin’ SPRS 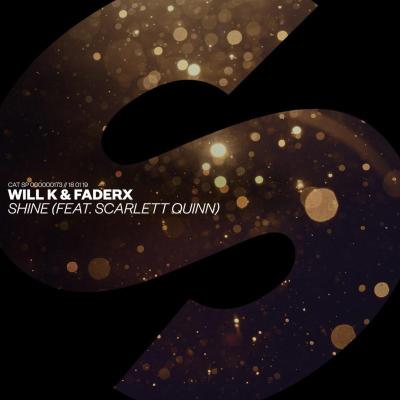 We have followed him since his first electro-groove single back in 2015 on Armada and, since then, Will K he made a long way until the top of the dance industry. He has recently released his new tune, together with rising and super talented Italian trio FaderX. Their collaboration, which is called ‘Shine’, has that bouncy groove we’ve missed lately. The clean and well polished top melody perfectly merged with the bassline gives a feeling of up and down that won’t you stop moving. The breakdown opens up with the incredible Scarlett Quinn vocal that guides in the rising percussions of the build up.

‘Shine’ has not gone unnoticed by the biggest artists; premiered by Spinnin’ on its 2019 Future Hits, Nicky Romero, Martin Garrix, Swanky Tunes, Oliver Heldens, Afrojack and even more has already played it on their radio shows.

Both Will K and FaderX have behind their shoulders an amazing career so far. Despite his young age, Will K has already released on Armada, Third Party’s Release, DOORN, Sosumi, Fonk and, how forgot the fact he has released not one, not two but three records on Axwell’s imprint Axtone. FaderX are building their patch for the top of the EDM scene thanks also to several releases on Nicky Romero’s imprint. Their collaboration with Tom Tyger, ‘Rave Me’ has almost hit the 2 M streams on Spotify.