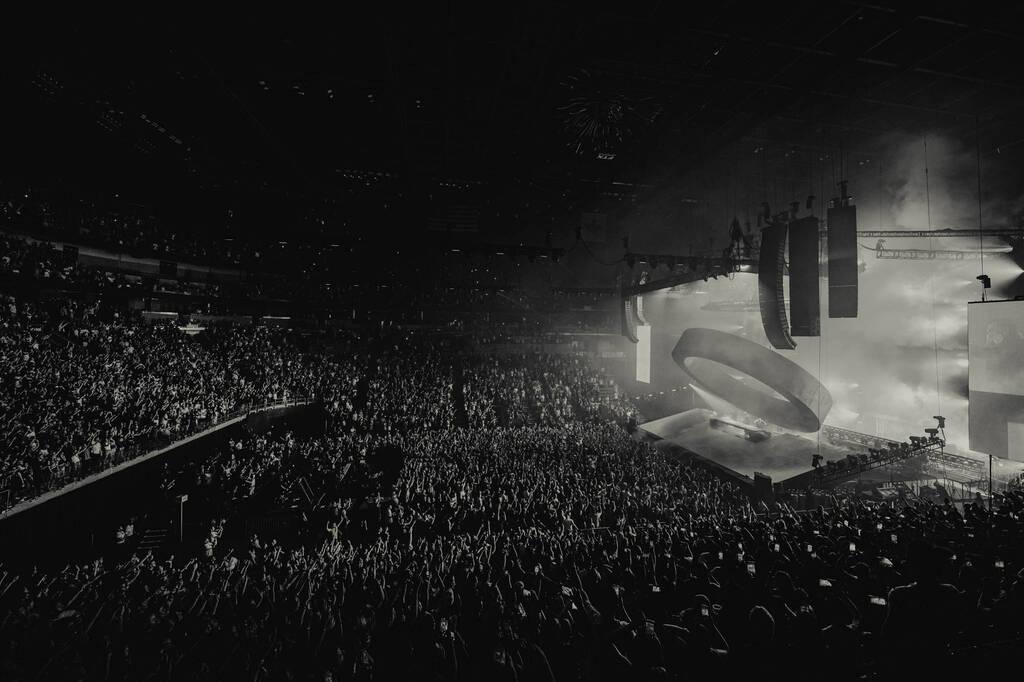 Swedish House Mafia kicked off their Paradise Again 2022 tour last night with a massive sold-out show at FTX Arena in Miami, Florida. The electronic music group, comprised of Steve Angello, Axwell, and Sebastian Ingrosso, performed chart-topping hits such as “Moth to a Flame,” “Don’t You Worry Child,” and “Miami 2 Ibiza,” as well as “It Gets Better,” “One,” “Heaven Takes You Home” (which recently earned the top spot at Dance Radio), and more from their latest album, Paradise Again, which was released on April 15, The event was a fitting end to a historic week for the band, who had previously announced their collaboration with UK producer Fred Again. “Turn the lights back on.”

The sci-fi framework on stage was hidden behind a massive black curtain that hung from the ceiling. As smoke and white lasers poured past the barrier, the opening thumps of SHM’s new track “Can You Feel It,” from the group’s long-awaited debut album Paradise Again, began to pound. When the curtain finally dropped, we saw the three Swedes standing at a long table, glowing through the smoke with all manner of buttons and nobs, but it was the massive ring hanging above their heads that took our breath away.

Something changed about halfway through the show. The arena erupted in white lasers and anticipatory screams, and the first notes of Knife Party’s 2012 collaboration “Antidote” rang through the air. Fans were transported to a different place and time when the rooms were large, the bass was pounding, and an EDM act could sell out Madison Square Garden. The old standby was twisted and crunched with gritty synth, then built to a fever pitch that erupted in the growling bass of the recent single “Redlight.”

The rest of the show was a slaughterhouse of pounding techno and nostalgic anthems, elevated by a forest of laser lights that rained down from the stage to the farthest rafters. The three men on stage took turns shaking the mic and grabbing it, while the audience sang along to every word of every remembered song.

The Paradise Again tour and album

Paradise Again, which debuted at number one on Billboard’s Top Dance/Electronic Albums chart in its first week of release, was put together following the group rediscovering their musical synergy on their highly anticipated 2019 reunion tour. Over the years, the trio spent countless hours in the studio, exorcizing new sonic palettes, textures, and tones from an arsenal of analog synths. While the material is instantly recognizable as Swedish House Mafia, it also represents a broadening of their musical scope, as evidenced by the diverse list of collaborators.

Swedish House Mafia will continue their album-celebration tour through the United States and Canada, stopping in New York, Toronto, Chicago, Austin, Denver, and other cities before concluding the North American leg in San Francisco, CA on Saturday, September 17th at Chase Center. The trio will then head to Europe, beginning the second leg of the tour on Thursday, September 29th in Manchester, UK, and continuing through London, Paris, Madrid, Lisbon, and other cities before wrapping up on November 13th in Tampere, Finland at Nokia Arena.