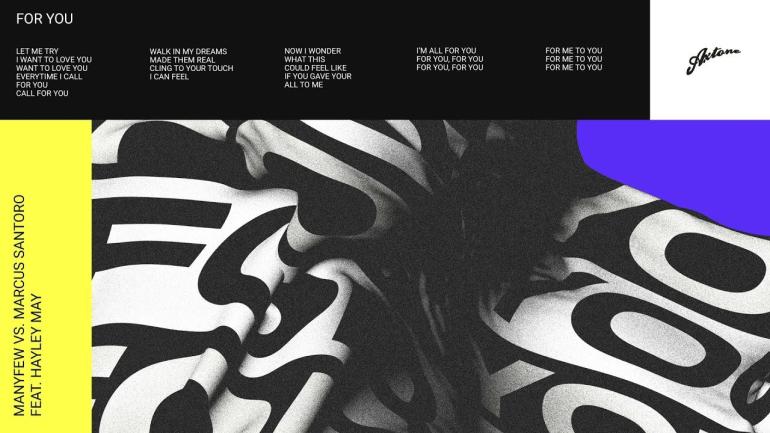 For You is a rollercoaster of feelings and different music elements without a continue rolling beat that will make you dance from the first play.

Axtone presents its latest 2019 release with Australian rising star Marcus Santoro and his For You ft. Hayley May.

Continuing to push house music boundaries, Axwell’s imprint Axtone has released what it seems to be the latest tune for this 2019. For You is the debut single for Marcus Santoro; the track features also the incredible Hayley May vocal. Kicking off with a super catchy baseline, Hayley May vocal rapidly makes the energy increase. The record is unique in its genre as it’s difficult to distingue where the various tracks’ part starts and ends; instead, For You is a rollercoaster of feelings and different music elements without a continue rolling beat that will make you dance from the first play.

In 2013 I met Axwell at the Swedish House Mafia One Last Tour pop-up store in Melbourne and I told him I would send him music one day…fast forward 6 years later and I have my very first single out on his label Axtone… Believe in yourself! – Marcus Santoro

To be more precious, For You is a collaboration between Marcus Santoro and a new Swedish duo to the label in the shape of brothers, Jacob and Victor aka Many Few. The pair have self-released for the past 12 months, but most recently released on Perfect Havoc. Marcus Santoro, instead, has been making waves over the last few years releasing on the likes of Protocol, Heldeep, and Armada. He has also turned his hand to the year’s biggest crossover hit: Meduza’s Piece of my Heart. He is not new to Axtone as he retouched Shapov & Trouze The Way.

Marcus Santoro and Many Few For You ft. Hayley May is out now via Axtone; it’s also the last record of the decade for the Axwell’s imprint. You can check ut below or download it here. Worth notice the new Axtone’s cover template, very fresh and in line with the current trends.