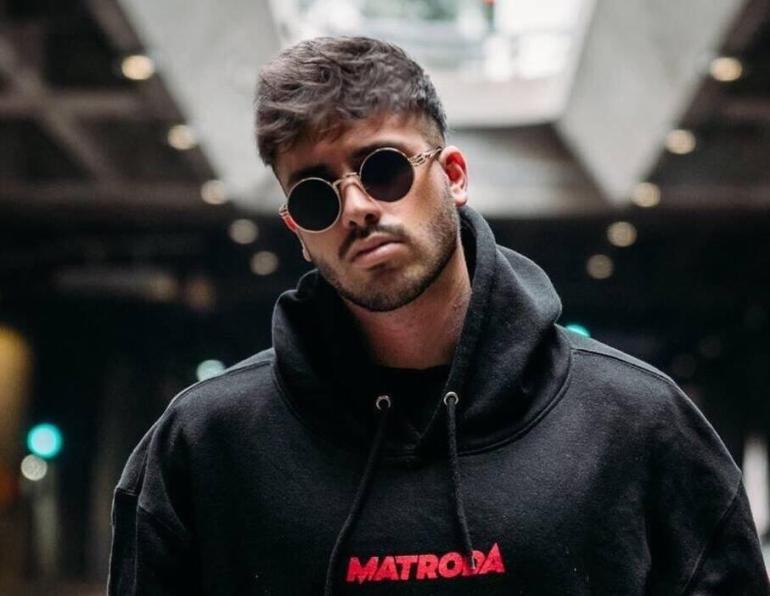 On his most recent song, “Hazy,” a seductive house track that marks his seventh entry in the Insomniac Records library, Matroda returns to melancholy seas.

Despite continuously being on everyone’s release radar, fans will never be able to accurately forecast Matroda’s next move. The L.A.-based producer, who is of Croatian descent, has earned a reputation for being a little bit of a wild card by adopting the hashtag #MatrodaSound to express himself sonically. Matroda gets into a ruckus for his upcoming gig with Insomniac like there’s no tomorrow.

“Hazy” enters like a dense fog, justifying its moniker. A chunky hollow kick and hissing hat combo provide the backdrop for the track’s main motif: oscillating organ chords that flicker beneath an entrancing, raspy vocal fry. The protagonist’s perception is clouded by desperation, and she begins to lose her sense of reality as the ominous undertones intensify into a full-fledged cyclone. A percolating rhythm of tumbling percussion, muted strums, panning vocal chops, and pitch-shifting basslines now contains the juddering lead, which is back in action. Matroda creates the illusion that the trance will never end by taking into consideration all of these startling details.

Matroda has already absorbed a large amount of house music influences just in one year. In his most recent release, he and Wax Motif collaborated on the tech house track “La Candela Viva” for Insomniac’s sister label, HARD Recs. Prior to a brief series of exclusive back-to-back sets that premiered at EDC Las Vegas and will be returning for another go at Exchange LA in November, he teamed up with Indonesian sensation Bleu Clair on their shuffling tech thumper “PWR.”


He split into two ways at the beginning of 2022 with his piano-led groove “Gotta Let You Go” and the powerful club tool “Touchin’ Me” on the B-side. He is a dynamic artist with endless energy. The breakup anthem “Forget It,” which was published back in 2020, is closest to one of his most popular tunes to date with his most recent offering. The song marked a sharp contrast from everything else in his catalog at the time, which helped it amass nearly 17 million streams to date.

“Hazy” feels like an homage to one of his career-defining records thus far; and yet, it still manages to stand entirely on its own two legs. One advantage of being a wildcard like Matroda is being able to do this.

Through Insomniac Records, the new track “Hazy” by Matroda is accessible on all digital platforms.