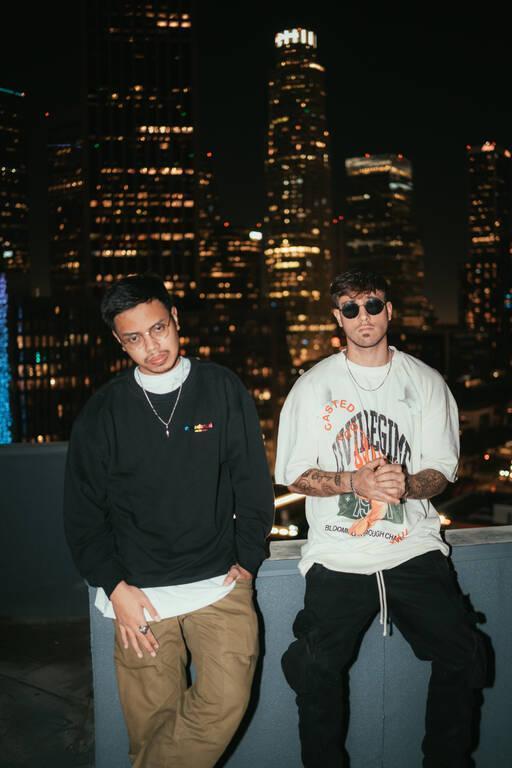 Matroda and Bleu Clair are combining their talents on a new single, “PWR,” a formidable house collaboration due out on Insomniac Records.

After numerous standout appearances with the label, Croatian powerhouse Matroda and Indonesia’s unstoppable sensation Bleu Clair have both left an indelible mark on the Insomniac catalog. Last year’s glittery house stormer “Disco Tool,” a self-released track that showcased the utter insanity the pair of producers were able to tap into while working in tandem, brought the two torrential forces together for the first time. Fans have been begging for another chance, and the boys are finally ready to listen.

“PWR” may have adopted an abbreviation for its appropriately named title, but not a single aspect of the track feels rushed. Matroda and Bleu Clair plug into a chunky house groove that is fueled by juddering basslines, hissing hats, skipping chord stabs, and clattering percussive rolls. All the while, a soulful vocal refrain stirs the energy into a frenzy up top, with its echoing pelts taking command of the floor in the essence of its diva-ready delivery. Around the halfway point, they reduce the intensity to introduce an uplifting piano house breakdown, which provides a brief respite before resuming the billowing rhythm of this brawny crowd-pleaser.

The first time I met Bleu Clair in person was late 2021 during our Fall US tour. We decided to rent a studio in Los Angeles and that’s when the idea for ‘PWR’ was created. The WIP clicked right away, the groovy buildup with a catchy vocal line and hard-hitting drop. We had a lot of fun working on it and can’t wait to drop this one. – Matroda

Matroda and Bleu Clair, two prominent Insomniac Records artists, are currently preparing to perform on the label’s stereoBLOOM stage at EDC Las Vegas later this month. Both artists had the most memorable performances of the weekend at last year’s EDC, and there’s no doubt that the stakes are being raised in 2022. “PWR” has secured prime real estate on the official EDC Las Vegas compilation album, commemorating the action-packed return of two of house music’s finest.

The new single “PWR” by Matroda and Bleu Clair is out now on all platforms via Insomniac Records.