Tom Staar delivers The Chainsmokers ‘Side Effects’ remix for free 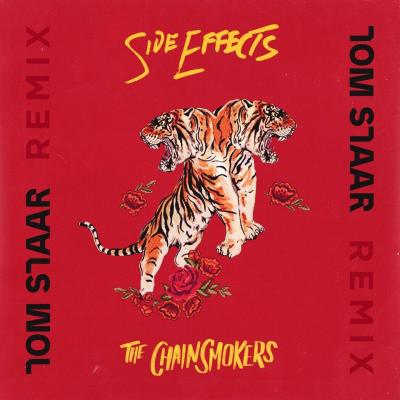 There’s no doubt that Tom Staar is on the edge of the of the wave lately; only two weeks ago he dropped an incredible remix for Oliver Heldens and it has reached the 28th position on the 2018 producers top 101 by 1001Tracklists.

Now, the groove master is back with yet another remix; this time is the turn of The Chainsmokers’ hit ‘Side Effects’. It would be superfluous to say that Tom Saar has completely revisited the record into a groove weapon. Forget the pop vibes and the chill down-tempo beat; ‘Side Effects’ has been sped up adding bigger kicks and a faster percussive rhythm. The drop features Tom Staar’ signature sound completing it with infectious rolling tribal and groove percussions.

The Chainsmokers ‘Side Effects’ remix is now available via Tom Staar Soundcloud page and it’s free. You can easily direct download it without annoying gates.

This remix is the second release in 2019 for Tom Staar and it continues the amazing streak of releases in 2018. He landed on Steve Angello’s SIZE as well as on Kryder’ new imprint Kryteria. Tom Staar took part on Axtone stage at Tomorrowland as well as on several Axtone’s podcasts last year. During last year Miami Music Week, Tom Staar joined Kryteria and Axtone party and with less than two months from it, we’re sure to see him again under the Miami sun. Flash news, rumors say that his long-awaited ‘techno’ ID is on its way for the release. Stay tuned.[/vc_column_text][TS_VCSC_Soundcloud url=”https://soundcloud.com/tomstaar/sideeffectstsr” color=”#1e73be”][/vc_column][/vc_row]